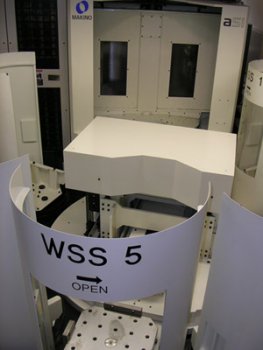 Following his father’s experience as a tool and die maker with General Electric in 1927 and working as a full-time machinist, Robert Steinmeyer saw the opportunity to create a small business after hours during the industrial boom following WW II. At the time his father’s basement was his only option as the manual lathe and milling machine were disassembled, hand-carried down the stairs and reassembled for operation. In a short period of time, it became a full-time operation with a little part time help and skill from his father.

It was a number of years later and a basement full of machinery when Mr. Steinmeyer determined it was time to make the next step of moving to a small building of his own. The year was 1969 and times were changing. Technology was coming and the highly skilled machinists of the past were being replaced with “Numerical Controlled” machines requiring new skills.

Today SRPM is owned and operated by Mark and Craig Steinmeyer following their father’s passion for manufacturing custom products. The technology has changed, but the discipline for precision remains a strong force behind the success that has followed. Equipped with the most advanced Computer Numerical Controlled (CNC) Machining Centers and Turning Centers available today, SRPM moved out of the basement and into a modern 28,000-square-foot facility.